Off the Beaten Path treks in Nepal

In the pool of more famous and challenging trekking routes some up-and-back trekking trails are often overlooked. All over Himalayan region of Nepal there are numerous such trails that provide you less challenges but all the fun and adventure the longer and famous trekking can provide. Amongst them we’ve shortlisted 5 such off the beaten trails that can truly be a refreshing experience with moderate prior trekking experiences. 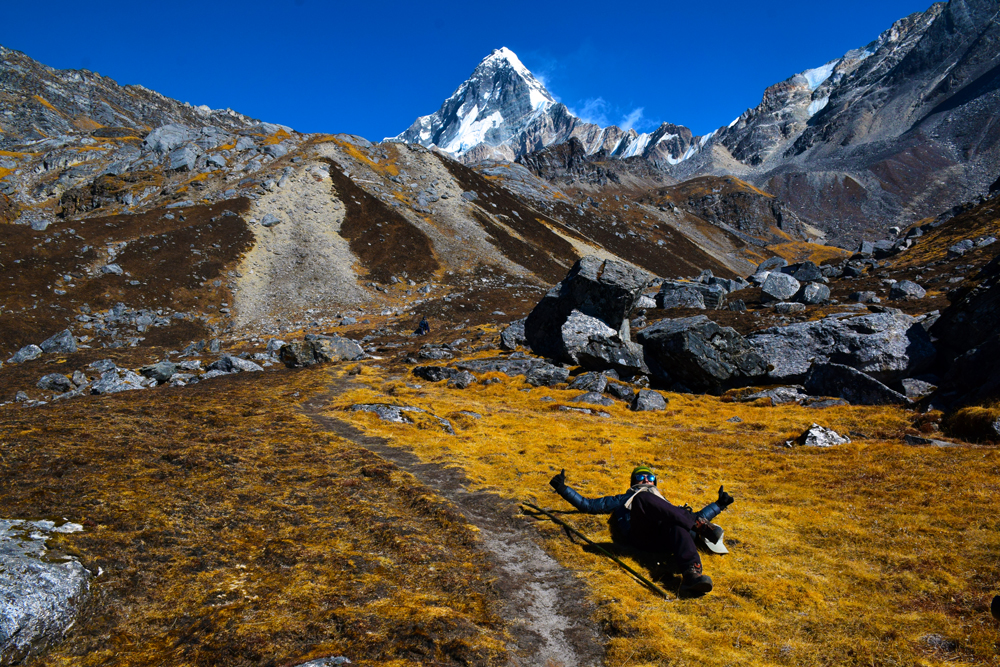 Even though Khopra Danda (ridge) Trek lies within the region where the world-famous Annapurna Circuit Trek and Annapurna Base Camp Trek lie; it is relatively underrated off the beaten trek. As this off the beaten trek officially opened in 2012 this trail has been slowly and steadily gaining its popularity and sometimes is also chosen as an inexpensive alternative to Annapurna Circuit and Annapurna Base Camp Trek. This trail especially has been gaining its popularity within the communities of short trekkers and hikers who are looking to have fun during shorter holidays and have as much adventure as other several longer trails are likely to provide.

With only 3,637 meters at its highest altitude and Khayar Lake at 4,700 meters to its final destination this is one of the finest off the beaten routes one can get for trekking/hiking amongst family and friends as a group. Some also go for a solo trip on this route.

As you leave behind the crowd of cities like Kathmandu and Pokhara and walk past the lush greeneries of Subtropical forest and Himalayan Tundra you’ll be greeted with a panoramic view of Mt. Annapurna, Mt. Dhaulagiri (both are above 8,000 meters) alongside 13 peaks above 7000 meters and 16 more peaks above 6,000 meters.

This trail is for almost anybody with good health as this trek requires basic trekking experience whatsoever. Apart from that there is no need for outdoor camping as there eco community lodges with running hot water and family environment along the route.

Apart from everything this route provides you with ample opportunities to see the indigenous Himalayan lifestyle and culture from real close in various places like Tikhedhunga, Ghorepani, Dobato, Swata,and Tatopani. 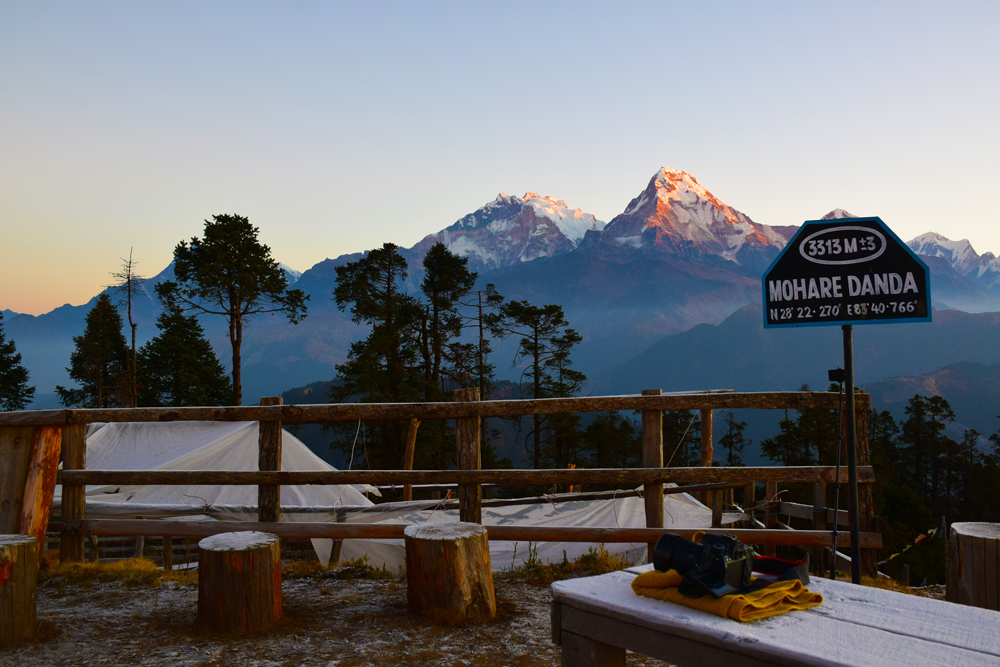 For the ones with a shortage of time but wanting to get the full experience of a magnificent Himalayan trek with stunning views of snow capped mountains, experience of walking amongst the dense subtropical forests and never losing the connectivity to the world Mohore Danda Trek is as finest as it gets. Situated, also, in Annapurna Conservation Region Mohore Danda Trail was opened in order to promote trekking experience amongst the busy people who want to experience more in lesser time. As the result this was planned to be Eco-community Lodge Trekking.

Mohore Danda Trek provides you with the experience of both wilderness and rural lifestyle whilst never keeping you any away from the modern amenities of the world. At its beacon of features lies the closest panoramic view of Annapurna Himalaya Range and the magnificent sunrise seen from Mohore danda.

With its itinerary ranging from 4 to 10 days this trekking expedition sits at the sweet spot between magnificence of Himalayan Trail Experience and a cozy and holistic tour package.

With its dramatic geography, climate and hence the experience of both traditional indigenous culture and the Himalayan wilderness of Lower Khumbu Region Pikey Peak Trek is one of the finest trekking routes in Sagarmatha (Mt. Everest) Region. On this trekking expedition you can get a composite experience of glorious Himalayan Sunrises, traditional foods and cultures of indigenous Sherpa community as well as, if you get lucky, several wild faunas in the denseness of Everest National Park. Ranging from lush valleys to old Buddhist monasteries to huge Mani walls and luscious rhododendron forest this is one short that can get you instantly recharged in a few days. 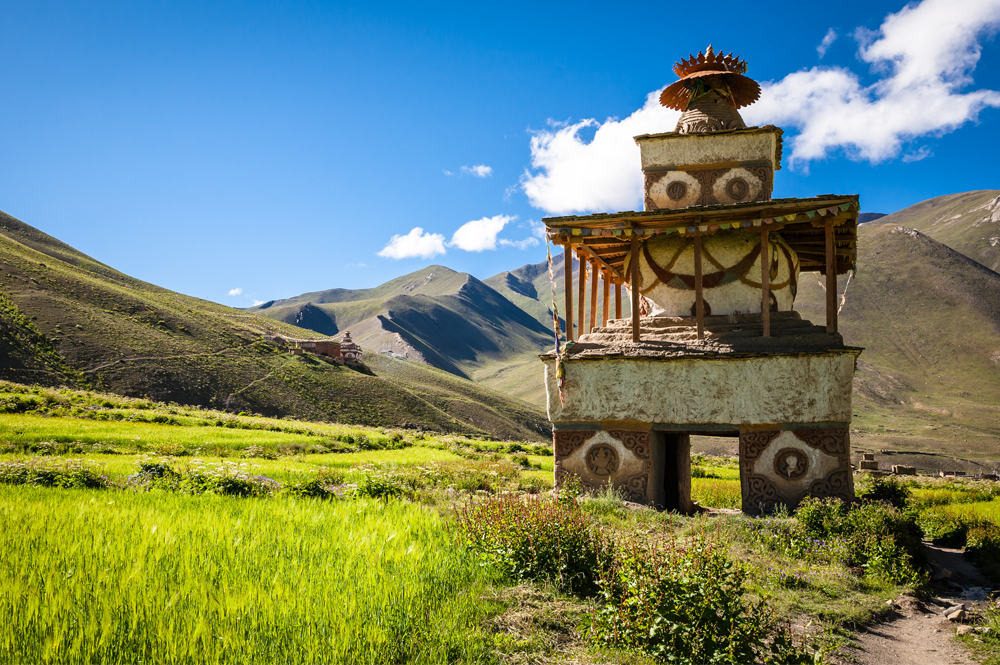 Sparsely populated and totally unbeaten paths Dolpo region, lying between Dhaulagiri Mountain Range to the east and Tibetan Plateau on the north it's some of the few remaining true wilderness in Nepal.More than 500 KMs away from the capital, Kathmandu, and hidden in the midst of deep Himalayas Dolpo Region, as it was closed for outsiders till early 90s is truly a hidden gem waiting to be explored. As hard and remote the terrain is, it is equally phantasmagoric with its blue and pristine lakes, fast flowing Himalayan rivers and glaciers. This isolated corner is waiting for the visitors to greet them with numerous snow-capped mountains right north of semi-arid Dolpo Valley where you’ll find various ancient Buddhist sites, nomadic camps and several fortified Tibetan villages where it appears as if time stood still for several centuries.

With almost non-existent infrastructure and it's acutely remote location this can be the perfect trek for the ones looking for an adventurous escape for a few weeks full with camping and nights under the open sky.

As one of the very few places where polyandry is still practiced to this day, T-sum Valley Trek itself is an interesting place and anomaly amongst all the places in Himalayan Region of Nepal. Although people here practice Tibetan form of Buddhism remaining detached with the outside, as it was a restricted place till 2008, has made people of T-sum Valley evolve with their own unique culture and traditions based upon Buddhism itself.

Sitting just under the majestic backdrop of huge mountain ranges like Ganesh, Baudha, Singri and others this place has to be one of the most off-the-beaten-trekking trails that can ever exist in the modern days. With its phantasmagoric views along the trail and alluringly picturesque snow capped mountains just behind its hills T-sum valley is definitely the perfect destination for people seeking to go to the places where anybody else won’t likely be going.

Besides its outstanding people with outstanding culture, lush greeneries on the southern start of the trail to Alpine and grassland climate to the north, majestic floras and faunas to some rare peek at rare Himalayan wildlife, if lucky, T-sum Valley— as considered to be sacred provides us with opportunities to visit various monasteries and Stupas and Gompas like Rachen Gompa,Mu Gompa, Dephyudonma Gompa.